Our decorative concrete finish made a sneak appearance at the official kit launches for Chelsea and Tottenham Hotspur this week.

The two London clubs, who finished first and second respectively in the Premier League last season, have just unveiled new Nike kits for the upcoming campaign.

Viero UK was asked to join the kit launch design process and create concrete tiered steps for the mannequins to sit on ready for the launch at a store in London’s West End.

Our director Chris Walters said: “The design brief from our clients was for us to create a concrete effect that would resemble the terraces you see inside football stadiums. I think the guys in our studio have done a great job in achieving this.

“To be involved in a project to promote the brand of two of the country’s biggest football clubs was a great honour but, more importantly, this was a fantastic opportunity to showcase the versatility of our products and demonstrate the kind of work we do for events and exhibitions.” 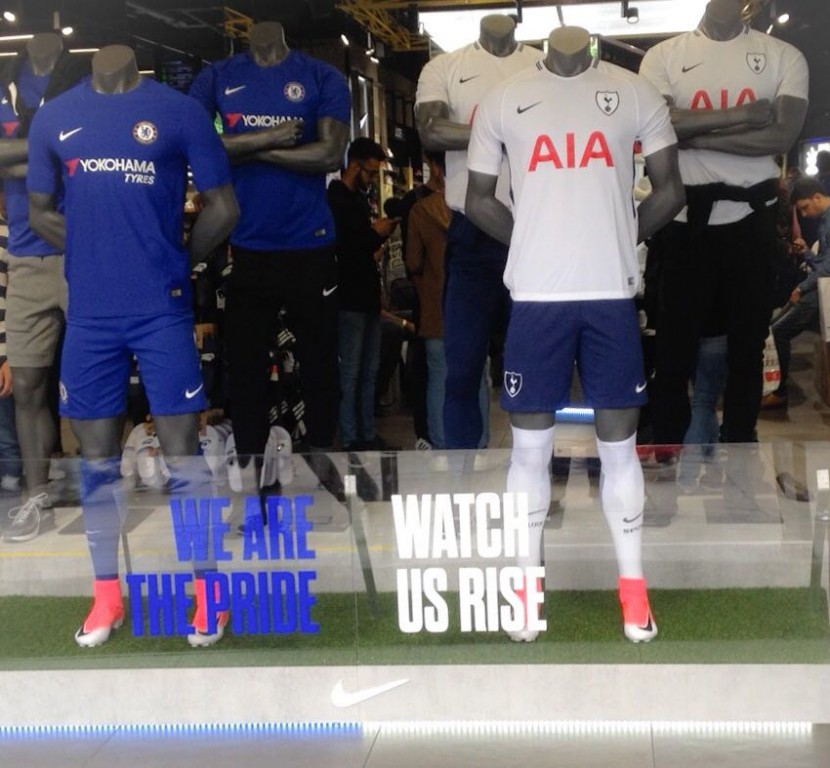